Botryosphaeria dieback and Phomopsis dieback have no diagnostic canopy symptoms.  Instead, they are best characterized by one or more of the general symptoms (Figures 1, 2, and 3) 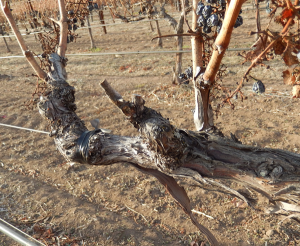 Figure 1 – Dead spurs are found even in the dormant season. This dead spur, photographed in December, is flanked by spurs with canes. (Photo by Kendra Baumgartner) 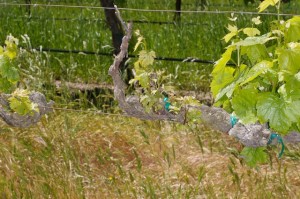 Figure 2 – Stunted shoots are most apparent in early summer. Healthy-looking shoots continue to grow, but shoots on infected spurs (2nd spur from the end of this cordon) start to die. (Photo by Larry Bettiga). 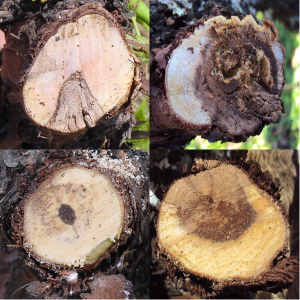 Figure 3 – Internal wood symptoms are found year round. Cross-sectional cuts of the permanent woody structure of the vine (spurs, cordons, or trunk) expose cankers that vary widely in shape, color, and texture. (Photos by Renaud Travadon). 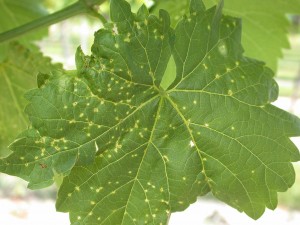