1)Delay pruning until February or later.  If you prune either by hand or mechanically, schedule pruning in February or later.  Pruning wounds made in early winter (December or January) are very susceptible to infection for two main reasons: 1) winter rains induce spore release, and 2) cold temperatures lengthen the wound-healing process.  In contrast, pruning wounds made in mid- to late winter (February or later) are at lower risk of infection because rain is typically less frequent at this time and because the wounds heal soon after pruning.  Double pruning is a type of delayed pruning for cordon-trained, spur-pruned vineyards and involves two passes, the 1st of which is in December or January and the 2nd of which is in February or later.  With the 1st pruning pass (often with a mechanical pruning machine), canes are ‘pre-pruned’ to approx. 10-12 inches above last year’s spurs.  No cuts are made down to the cordon with the 1st pruning pass.  With the 2nd pruning pass, canes are pruned to 2-bud spurs.  This 2nd pruning pass should remove trunk pathogens that infected pruning wounds after the 1st pruning pass.

2)Protect pruning wounds, when pruning prior to February.  Fungicides that prevent infection of pruning wounds are labeled for dormant-season use in California (Refer to Grape Pest Management Guidelines, www.ipm.ucdavis.edu).  In addition, there are other non-fungicidal materials that provide a physical barrier to infection.  All such pruning-wound protectants must remain continuously active for 30 days, if vines are pruned in December or January.  Re-application may be necessary, depending on the protectant used and the timing of its 1st application with respect to rain, which triggers spore production and washes protectants off pruning wounds.

3)Inspect plant material before planting and provide proper care for young vines in newly-established vineyards. Young vines infected by Botryosphaeria dieback, Petri Disease (form of Esca on young vines), and Phomopsis dieback may be further compromised by abiotic stress (e.g., over/under-watering, over-cropping, improper planting).  Weak growth from the combined effects of infection and abiotic stress may doom a vineyard to a lifetime of poor productivity.

What to do in Mature Vineyards with Symptoms of Trunk Diseases

1)      Sanitation. Prune away dead spurs or cordons with wood cankers, and remove infected wood from the vineyard or burn.  When it rains, all trunk pathogens produce spores from infected wood.  Therefore, removing or burning wood eliminates local sources of inoculum.  Sanitation creates large wounds; therefore perform this practice in February or later and apply a pruning-wound protectant.

2)      Surgery. Cut off the vine just above the graft union and train a trunk sucker as a new trunk.  Success depends on complete removal of infected wood, which is difficult to achieve because trunk pathogens are often present in healthy-looking wood.  That said, the pathogens are less common in the base of the trunk than in the cordons.  This aggressive approach gives the greatest confidence in pathogen removal and initiates the retraining process to replace fruiting units.  In vineyards with many symptomatic vines, surgery can be done on a row-by-row or block-by-block basis, to ensure uniform growth of whole sections of the vineyard.  A T-bud or other graft can be used on vines without trunk suckers.  Just as with sanitation, it is important to conduct vine surgery in February or later and to apply a pruning-wound protectant. 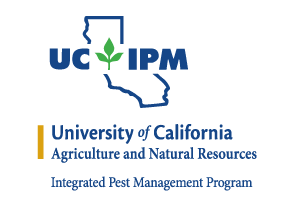 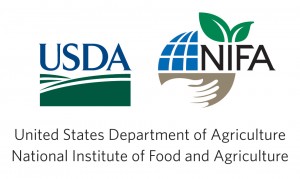